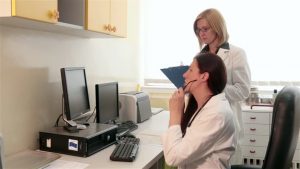 California nurses will get roughly $6 million from health care giant Kaiser Permanente for time spent doing unpaid work.The payout settles a class action filed last year on behalf of 1,397 advice nurses who take calls from patients at three of the Permanente Medical Group’s call centers in Sacramento, Vallejo and San Jose. Debra Brown, Sandra Morton and Barbara Labuszewski sued in September 2016, claiming Kaiser didn’t pay them for time they spent logging in and out of call center computers before and after their shifts. Kaiser doesn’t consider call center nurses clocked in until after the log-in process is complete. Although this might sound like a minor issue, under the law these couples of minutes are compensable. A few minutes a day turn into 30 minutes a week and 26 hours a year that person is being not paid for per year. Each nurse will receive anywhere from $3,000 to $9,500 as part of the settlement. U.S. District Judge Vincent Chhabria also awarded the class’ attorneys fees in the amount of $1.8 million.

This case reminds me of a class action that ATT and other similar providers were for not paying their telephone customers service reps for the few minutes they show up early to start their computers.