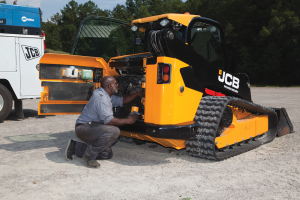 On October 24, 2017, an Orange County jury returned a verdict in the amount of $176 for a mechanic who sued his employer for racial harassment, racial discrimination, and disability discrimination. The defendant in that case was a heavy equipment rental company. They hired a plaintiff to perform maintenance on their machines. After walking off the job, Plaintiff claimed that may of the conversations, text messages and e-mails between him and the defendants were racially offensive and created a hostile work environment. The manager (Caucasian) claimed that he developed a friendship with the plaintiff (African American) and their allegedly offensive exchanges were jokes that the plaintiff never complained about or said were bothersome to him in anyway. The jury was not convince and found for the plaintiff on the racial harassment claim, in large part because of the extensive use of “N” word in those exchange. However, the jury also found that plaintiff was not an employee but an independent contractor and found for the employer on the remaining claims of racial and disability discrimination.

This case is a reminder of a significant difference between harassment and discrimination claims. A discrimination claim can only be made by an employee, while a harassment claim can be made by any worker, whether he or she is an employee or an independent contractor. Evidence of racial slur in a written form, i.e. e-mails, text messages, and social media messages is one of the most compelling types of evidence to prove a harassment case. Both employers and employee should be aware that what might be an innocent joke at one point, can be used a powerful evidence in the future, and proving that it was a joke might be an uphill battle, especially when it comes to racially charged comments.