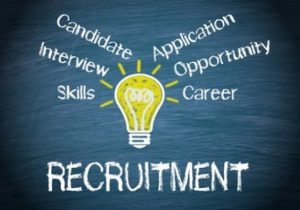 There are two main hiring and recruiting practices that companies and their HR professional and recruiters should avoid, because they are prohibited by law and lead to severe penalties, including fines and even criminal prosecution, enforced by Department of Justice:

1. Agreements Not To Recruit Certain Employees

An HR professional should avoid entering into agreements regarding terms of employment with other companies that compete to hire the same employees. It does not matter whether the agreement is formal or informal, written or oral, or even spoken or unspoken. This is because anti-trust violation can often be established through evidence of discussions and hiring patterns of companies.

The antitrust law is likely violated if (a) there is an agreement between individuals of two companies about employee salary or other terms of compensation, either at a specific level or within a range (so-called wage fixing agreements); or (b) there is an agreement to refuse to solicit or hire that other company’s employees (so-called “no poaching” agreements). A significant exception to this prohibition is the “joint venture” exception. This is a situation where companies that work jointly on a project, product, or service can enter into agreements that limit their respective abilities to solicit and recruit each others’ employees.

Sharing information with competitors about terms and conditions of employment can also violate antitrust laws. Even if there is no formal agreement to fix compensation or other terms of employment, exchanging competitively sensitive information could serve as evidence of an implicit illegal agreement to suppress wages and benefits. While agreements to share information are not per se illegal and therefore not prosecuted criminally, they may be subject to civil antitrust liability when they have, or are likely to have, an anti-competitive effect.

However, not all information exchanges are illegal It is possible to design an carry out information exchange in ways that conform with the antitrust laws. The exchange is likely to be lawful if (i) a neutral third party managers the exchange; (ii) the exchange involves information that’s relatively old, (iii) the information is aggregated to protect the identity of the underlying sources; (iii) enough sources are aggregated to prevent competitors from linking particular data to a specific source / company. Also, sharing information in a course of determining whether to pursue a merger is not illegal if it is in connection with a legitimate merger or acquisition proposal, and appropriate precautions are taken.