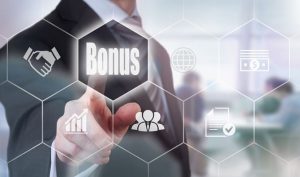 Many employers, especially in the tech / start-up world often fire an employee right before his bonus or commissions in order to avoid paying that bonus. Of course this is more likely to happen if the bonus due is significant. If there is sufficient evidence that avoiding to pay bonus was the reason or one of the reasons for termination, this can support a claim for wrongful termination in violation of public policy. This type of claim is particularly strong if (1) the employee to be terminated was a high performer (2) he was terminated for a petty reason and/or (3) the company didn’t follow its normal disciplinary, investigation and termination procedures that are in place; and (4) the termination took place right before the bonus would have been due or paid.

Many employers do not realize that bonuses earned (as opposed to discretionary bonuses) are to be treated as wages as per California Labor Code Section 200. Neisendorf v. Levi Strauss 13 & Co. (2006) 143 Cal.App.4th 509. It is also established that an employer cannot terminate an employee and refuse to pay that employee the bonus he or she earned simply because the involuntarily terminated employee was not employed on the date bonuses were paid. McCollum v. Xcare.net, Inc.,212 F.Supp.2d 1142 (N.D. Cal 2002) (employee was terminated two weeks before she would have been entitled to $75,000 in commissions); Ellis v. McKinnon Broadcasting Co. (1993) 18 Cal.App.4th 1796.

Many comp plans provide employers with discretionary power to forfeit a bonus otherwise due. California law is clear, however, that “where a contract confers one party with discretionary power affecting the rights of the other, a duty is imposed to exercise that discretion in good faith and in accordance with fair dealing.” Locke v. Warner Brothers, Inc., 57 Cal.App.4th 354 (1997).  Therefore, if one party exercises its discretionary authority in bad faith for the purpose of frustrating the other party’s legitimate expectations, it has breached the implied covenant. Commercial Union Assurance Cos. v. Safeway Stores, Inc., 26 Cal.3d 912 (1980). In other words, an employer must have a good reason for bonuses forfeiture, if so allowed by the comp plan, and it can’t just be any reason.

Employers who are sued for this violation often try to defend the case by arguing that the case must fail because the terminated employee was “at-will” and could have been terminated at any time any way. This argument ignores the fact that at-will employment allows employers to terminate an employee for any lawful reason; not an illegal reason. Therefore, at-will employment is not a defense to firing someone to avoid paying them wages due.

The other common defense used by employers in these types of cases is the fact that their bonus structure is subject to change at any time. However, this policy cannot allow an employer to forfeit the bonus earned prior to making any changes, so this isn’t an effective defense either.

A bonus plan may provide payments to be made only to those plan participants who are actively employed on a bonus payment date. However, there are always g questions of substantial performance and questions relating to the services required to earn the bonus.” (Dept. of Labor Standards Enforcement Opinion Letter 1987.06.03.) In Guz V. Bechtel Nat’l, Inc. (2000) 24 Cal.4th 317,353 n. 18 the California Supreme Court held that a covenant of good faith and fair dealing can be violated “if termination of an at-will employee was a mere pretext to cheat the worker out of another contract benefit to which the employee was clearly entitled, such as compensation already earned.”