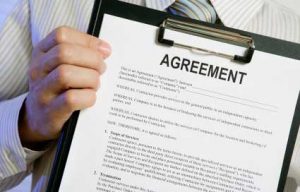 In the past, in many states, a restraint on the practice of a trade or occupation, even as applied to a former employee, was deemed to be valid if it was “reasonable”. However, California long ago rejected the so-called ‘rule of reasonableness’ when it enacted Civil Code sections 1673 through 1675, the predecessor sections to Business and Professions Code sections 16600 through 16602.  These legislative enactments ‘settled public policy in favor of open competition, and rejected the common law rule of reasonableness, and today in California, covenants not to compete are void, subject to several exceptions. . . Edwards v. Arthur Andersen LLP (2008). Section 16600 provides, “Except as provided in this chapter, every contract by which anyone is restrained from engaging in a lawful profession, trade, or business of any kind is to that extent void.” Thus, unless a contractual restraint falls into one of section 16600’s three statutory exceptions (§§ 16601 [sale of goodwill or interest in a business], 16602 [dissolution of a partnership], or 16602.5 [dissolution or sale of limited liability company]), it ostensibly is void. Dowell v. Biosense Webster, Inc. (2009). The Dowell case also noted that California does not follow the Ninth Circuit’s exception for “narrow restraints” on practicing a profession.

Section 16600 expresses California’s strong public policy of protecting the right of its citizens to pursue any lawful employment and enterprise of their choice. Advanced Bionics Corp. v. Medtronic, Inc. California courts have consistently affirmed that section 16600 evinces a settled legislative policy in favor of open competition and employee mobility. The interests of the employee in his own mobility and betterment are deemed paramount to the competitive business interests of the employers, where neither the employee nor his new employer has committed any illegal act accompanying the employment change. Diodes, Inc. v. Franzen (1968).

Thus, the typical language contained in employee non-solicitation agreements that states as shown in the example below is invalid: “for a period of at least one year after termination of employment with company x, the employee is prohibited from directly or indirectly solicitating, recruiting or causing others to solicit or induce any employee of company x to switch and work elsewhere…”

END_OF_DOCUMENT_TOKEN_TO_BE_REPLACED

Switching jobs and employers when you have signed a non-compete agreement with your former or present employer may present unique challenges that require careful consideration in light of the specific circumstances of your industry, the company you are working for and the company you are planning to switch to. Even though it has been well established that generally, non-compete agreements are invalid and unenforceable in California, you must take into account a number of other factors, one of the which is trade secrets and confidentiality agreements you might be bound by.

Among other things, it might be well worth making sure that the reason the new employer wants you is not in order for you to tell them all about the proprietary information or software of your previous employer, and not in order for you to actively try to recruit the your former employer’s customers to do business with your subsequent employer.

In some cases, especially when you have a close relationship with your employer, it might be worth having a candid conversation about your employment plans and trying to figure out together and collaboratively how to ensure that your former employer’s interests are protected, while your rights are not violated as well.

END_OF_DOCUMENT_TOKEN_TO_BE_REPLACED

Under California Business and Professions Code section 16600, any agreement entered into with the purpose of limiting trade or business of any kind is to that extent void and unenforceable. California courts have consistently declared this provision an expression of public policy to ensure that citizens shall retain the right to purpose any lawful employment and enterprise of their choice. The interest of employees in their own mobility and economic prosperity are deemed paramount to the competitive business interests of employers as our society is built on and strongly encourages competition in trade and business.

This means that despite having agreed not to compete, a former employee has the right to enter into competition with his former employer, even for the business of those who had formerly been customers of the former employer. It makes no difference that the covenant not to compete is reasonably limited in time and geographic scope.

In one case, an employment agreement provided in part: “Employee will not render services, directly or indirectly, for a period of one year after separation of employment with Employer to any person or entity in connection with any “competing product.” This agreement was held to violate Bus. & Prof. C. section 16600 and was therefore found void and unenforceable.