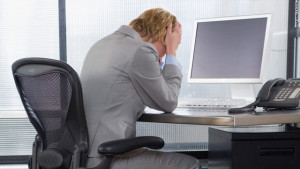 Recently, the Fourth District Court has published its decision in Wills v. Superior Court – a very important opinion on workplace mental disabilities rights at workplace. That case addressed a  not uncommon situation, where an employee who has been diagnosed with mental disorder, such as bi-polar disorder, has been found to make threats of violence to his co-workers and management. After being fired for making those threats, that employee sued the employer for wrongful termination and disability discrimination.

The court’s analysis and holding was very practical and made a lot of sense. First, the court recognized the 9th Circuit cases that held that “conduct resulting from a disability is considered to be part of the disability, rather than a separate basis for termination” Gambini v. Total Renal Cares, Inc. (2007). Although the above cases considered disability-related misconduct, such as performance issues, tardiness or absenteeism, none of the above cases considered how to deal with disability-caused misconduct involving threats of violence against coworkers. The court concluded that neither ADA nor other laws require employers to retain employees who threatens or commits acts of violence against coworkers, even if the employee’s disability caused that kind of misconduct.

The court further interpreted FEHA (Fair Employment and Housing act) as authorizing an employer to distinguish between disability-caused misconduct and the disability itself in the narrow context of threats of violence against coworkers. The court noted that if the employers are not permitted to do that, they are caught in a serious and unreasonable dilemma. On one hand they may not discriminated against disabled workers. On the other hand they are obligated to to provide all employees with a safe work environment, free from threats of violence (Cal. Lab. Code 6300). Certainly, disability rights have to yield to the workplace safety.

It’s important to note that like in most other discrimination claims, after the employer produces evidence of legitimate reason for termination, such as evidence of threats of violence toward fellow employees or supervisors, the employee will have an opportunity to demonstrate that this reason for termination is not true and that it’s a pretext for discrimination. For instance, one type of evidence that could prove this is showing that other employees made similar threats, but they were not disciplined or were not disciplined as harshly.