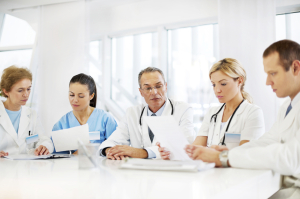 In Fitzemons v California Emergency Physicans Med. Group 205 Cal.App. 4th 1423 (2012), the Appellate Court held that the anti-retaliation provisions of FEHA (Fair Employment and Housing Act) protect not only employees but also partners in a business partnership. In that case, the plaintiff was an emergency physician and a member of a partnership. At one point the plaintiff was promoted to the regional director position. She was terminated and removed from partnership shortly after she reported to her supervisors that certain officers and agents of the partnership were sexually harassing some of the female employees.

The Defendants attempted to dismiss the case by arguing that only employees and not partners are protected from retaliation. The Appellate Court disagreed, noting that FEHA makes it unlawful to retaliate against “any person” for opposing unlawful workplace harassment. This anti-retaliation protections extends to partners as well as employees, unlike many other labor law protections which only apply to employees.

This decision is a powerful holding, as it arguably extends the anti-retaliation protections of FEHA anti-retaliation provisions to contractors and  temporary workers as well, if the courts continue to interpret the “any person” language of the FEHA statute literally and broadly.