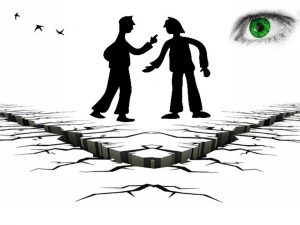 The importance of witnesses and witness statements in an employment or a wrongful termination case cannot be overstated. Even one witness can make a difference between having a no case and having a case, and between having a weaker case and having a very strong case. This is especially true in harassment case, which often come down to he-said-she-said situation, i.e. where the victim of harassment makes certain allegations against his or her manager, while the alleged harasser denies all or most of the allegations. Although the words of a victim count for something, this puts the judge / potential jury in a predicament: who should they believe?

However, if there was even witness who is willing to come out and testify or sign a one page document stating what he saw, this will likely make a critical difference in your ability to prove your case. This is as important at trial as it is during any type of settlement discussions.  Here are a few common examples where a witness can turn a potentially weak case into a strong case:

(a) Harassment case – an employee claims that her manager was grabbing her by her buttocks and was refer to her on multiple occasions as “cute enough to eat.” That manager denies ever doing or saying the above. However, one witness – co-worker is willing to testify or sign a declaration that she saw that manager grab the complainant by her rear on at least two occasions.

(b) Retaliation case – an employee is terminated shortly after complaining about safety violations for allegedly insufficient performance and for not being a “team player”. The employer denies that the termination has anything to do with the complaint made. However, a witness – the company accountant – was cc’d on an e-mail in which the manager, who participated in the decision to terminate plaintiff, writes to his co-manager that the complainant “is becoming a headache due to complaining too much.”

Another common situation in the context of retaliation where a witness can be very useful is where an employee is terminated shortly after being injured on the job and filing a workers comp claim. A witness received an e-mail or overheard a conversation between managers suggesting that they don’t believe that the employee was injured or that they are unhappy about the filed claim because it’s going to cost them too much. This type of information is quite significant in potentially proving disability discrimination and retaliation case, if that injured worker ends up getting fired.

(c) Wrongful termination case based on age discrimination – an employee claims that he was terminated due to age, while the employer claims that it was a lay-off / company restructuring.  A witness is willing to testify that he heard management talk about the need to bring “fresh blood” and someone with “younger attitude” into the same position just a few weeks before the alleged lay-off.

(d) Unpaid overtime case. A manager claims that the claimant never worked over time. However, a security guard who patrols the employer’s offices nightly is willing to testify or sign a declaration that he saw claimant work late nights on many occasions.