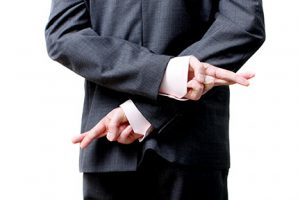 Unlike many other claims that can only be brought against employers or individual employees, California anti-retaliation laws extend much further. In many cases, a retaliation case can be made in many cases against “any person”.  This certainly applies to FLSA (Federal Labor Standards Act) and many California Labor Code provisions.

In a recently decided case by a 9th Circuit – Arias v Raimondo – the court illustrated that point very well. In that case, a plaintiff, who did not have a lawful authorization to work in the US, brought various wage claims against his employer under FLSA. The employer’s attorney retaliated against the claimant by reporting him to the immigration authorities and by planning for the US Immigration authorities to take him into custody at his deposition. The 9th Circuit ruled that Plaintiff could proceed with his retaliation claim against both  – the employer and the attorney.

Further, the court noted that the FLSA anti-retaliation provision specifically states that liability can be imposed on … “any person”, or “employer” which is defined as anyone acting directly or indirectly in the interest of that employer as relates to the employee making a claim. Surely, under this definition an employer-defendant’s attorney retaliating against a Plaintiff falls square within the definition of both “any person” and “employer” as noted above.