Unfortunately, it is not uncommon for supervisors to use racial slur and stereotypes as references when criticizing an employee’s performance or otherwise. These comments can be very innocent or obviously degrading and offensive, clearly showing the manager’s hostility towards a given race.

To prove racial discrimination, however, it is not enough to simply show that the employer used racist slur toward a particular employee (although this can amount to racial harassment, if sufficiently severe and pervasive). To prove discrimination, there must be a link between the racists words and the adverse employment action that the manager takes against an employee, such as firing, demotion, or transfer to a least desirable position. Thus, to be evidence of discrimination, the supervisor’s comments must be contemporaneous with the termination or causally related to the termination decision making process. 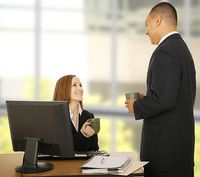 This means, for example, that a manger’s racist joke six months prior to deciding to terminate an employee can be hardly considered to be evidence of racial discrimination. Neither judge nor jury will likely be convinced that just because your supervisor made a racist remark in your presence months or longer before your termination, the reason for your termination was racial hostility, if that much time has elapsed between the two events. On the other hand, using racial slur toward an employee while emphasizing his poor performance, such as “You Mexican’s/Blacks/any other ace are all lazy” and then terminating him shortly thereafter is likely to be evidence of racial discrimination.