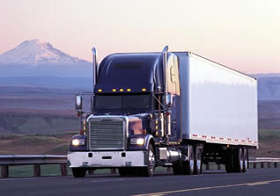 Over the past few years, a number of cases in California regarding whether various drivers are employees or independent contractors have been reviewed by appellate courts, and many of them found drivers to be in fact employees. Garcia v Seacon Logix, Inc. (2015) is a recent case on point. In that case, the truckers transported cargo for a logistics company from the Port of Long Beach and Port of Los Angeles to warehouses and other facilities. Prior to 2008, the drivers were using their own trucks to perform the work, and it was undisputed that they were properly classified as independent contractors. However, after 2008 the employer started leasing their own newly purchased cleaner energy trucks to employees.

Three truck drivers brought a claim for reimbursement of deductions for insurance lease payments from their paycheck under Labor Code section 2822. The employer insisted that he truck drivers were still independent contractor. The court disagreed, concluding that under the California employee / independent contractor control test the drivers were now employees because (1) the drivers were obligated to use company vehicles; (2) they were required to come to work at a specific time and call if they were late or could not show up; (3) their delivery assignments were tightly controlled by the company, and they didn’t have much choice in choosing assignments, (4) the drivers were not permitted to work for other companies while they were working for the defendants; and (5)  the company could terminate the drivers’ employment at anytime without cause and without notice, which made the whole situation look all the more like a typical at-will employment rather than a contractor relationship.

Of course, besides the issues of not having typical expenses deducted from a paycheck, being determined to be an employee will mean that these truck drivers are also entitled to overtime, workers compensation insurance coverage, unemployment insurance, and other benefits of being an employee.