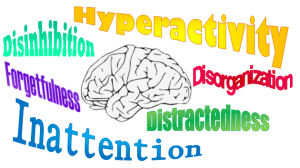 In Weaving v City of Hillsboro, the Ninth Circuit Court of Appeal made an important distinction of when ADHD symptoms make it a qualifying disability under ADA and when they don’t. In dismissing the Weaving’s case, the court reiterated that as per the Court’s decision in McAlindin v City of San Diego – interacting with others is a major life activity within the meaning of ADA protections, while getting along with others is not. The Court noted that ADHD is a qualifying disability in those severe ADHD cases, where the condition renders the employee incapable or almost incapable of communicating with the outside world, such as in the case of recurring panic attacks or debilitating anxiety. Therefore, in these kinds of severe cases, the employee will be entitled to interactive process and reasonable accommodations within ADA as any other worker with a qualifying disability under the law.

On the other hand, being disciplined or terminated for simply not being able to get along with co-workers and management but otherwise being able to generally communicate with others in a reasonable, even if not perfect, manner, would not give rise to a disability discrimination claim.