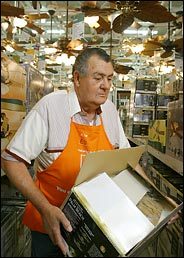 It is useful to know however what facts can be helpful in prosecuting a lawsuit for age discrimination. The First Appellate District provides a useful guidance in Stephens v. Coldwell Banker Commercial Group, Inc. 199 Cal.App.3d 1394 (1988). Like pretty much all other courts, the Stephens court began analyzing the jury’s verdict by noting that in most employment discrimination cases , direct evidence of the employer’s discriminatory intent is unavailable or difficult to dispute, and therefore an indirect method of proof is required. Thus, to establish the initial claim for age discrimination, the employee has the burden of proving that he was within a protected a class (over 40), that he was performing satisfactorily, and that he was terminated or demoted under circumstances which give rise to an inference of unlawful discrimination. Once the initial claim is shown, the employer has to produce evidence that plaintiff was demoted or terminated for legitimate, non-discriminatory reasons. Plaintiff then has an opportunity to prove that a discriminatory reason more likely motivated the employer or that the employer’s proffered explanation for termination or demotion is unworthy of belief in pre-textual as a cover-up for discrimination. As you can imagine, once an employee meets the initial burden, the employer will do its best to show that it had a legitimate reason for taking action against the employee. The most common proffered reasons for firing are misconduct, poor performance, insubordination or even reduction in force. It’s easier for employers to use poor performance as a justification for termination because it is such a subjective matter, where employer under the law have discretion in determining for themselves whether they are satisfied with the employee’s work. However, this doesn’t mean that all is lost for the victim of age discrimination. Just because the employer argues that the employee was a bad worker, doesn’t mean the employer wins the case.

There are several useful tools in the employee’s arsenal to rebut or make the poor performance argument less believable to the jury/judge. First, long tenure of service for the employer is a major element of showing that the employee was likely not terminated because of poof performance. After all, if plaintiff was such a bad worker, why did the employer keep him/her around for so many years. in Stephens, the plaintiff was employed with the defendant-employer for nearly 30 years before being terminated for “poor performance.” But, even a shorter, but still significant career length with the employer will cast doubt on why the employer kept a certain employee around if they were not happy about the quality of his work, especially if the employee has a documented past of good performance, such as promotions, awards, bonuses, positive performance reviews and alike.

The second, very important fact is when the plaintiff was replaced by someone significantly younger. In Stephens, shortly after plaintiff was terminated, a person 26 years younger was hired in to fill his position.

Other factors suggesting age discrimination are any statements that would suggest that the employer wanted the older employee out, such as encouraging the employee to retire and calling him derogatory names such as “old times,” “father,” “old man,” “grandpa” and alike. In Stephens, the plaintiff’s new supervisor made several inquiries about his retirement plans. Once it was clear that plaintiff had no plans to retire, several memos was written by the same supervisor criticizing plaintiff’s management of the flood building. It is helpful if the plaintiff cab actually rebut the accusations of deficiencies in his performance. This is easier to do if the purported deficiency can be objectively measured (such as tardiness that might be possible to be tracked through time cards, production volume, etc…).