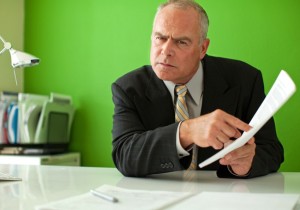 One of the important elements of proving a retaliation claim in an wrongful termination case is showing that the employer’s given reasons for termination are either inconsistent or plainly not true, which makes it look like the employer is trying to cover up the true reason for retaliating against you and/or your termination with lies.

In one case we recently handled an employer shot himself in the foot by telling me during the deposition testimony about how bad my client was as a worker, he would go on and on about every little thing that my client did wrong while working for the company over the period of 8 years. That, however, was hardly helpful to the employer, because my client never received a single warning or counseling letter. Not only was my client one of the higher ranked employees, but he even received a very flattering reference letter when he was “laid off.” The fact that my client was replaced about a month after being “laid off” was yet another sign that this was not a lay-off but a firing. The employer tried to hide the fact that my client was replaced by changing the title of the new employee. The duties of the positions remained the same, however, which counts much more than the label that the company gave to any given job.

It’s the attorney’s job to uncover the lies and inconsistencies to make the wrongful termination case stronger. As a client, you can do a lot to help your attorney make your case stronger by directing him/her into the direction where these lies and inconsistencies in the employer’s policies and the reasons for your termination can be found. Typically, wrongful termination cases require proving discriminatory/retaliatory mindset on the part of the employer. Direct evidence of discrimination/retaliation is hardly ever available, and from the courts’ point of view, the employer’s misrepresentations about the employee’s performance, policies and procedures, and reasons for termination are critical in helping an employee to survive a motion to dismiss in court (or motion for summary judgment) and/or achieve a better result through settlement negotiations or in trial.

It is often suggested that Plaintiff’s credibility in a wrongful termination case can make or break the case. You can be sure that if there is a way for the employer’s attorneys to attack your credibility on even the most minor issues (incorrect information on application for employment or in a resume, criminal past, etc..), they will do it. It has been my experience that attacking the employer’s credibility is just as damaging or even more damaging to the employer.