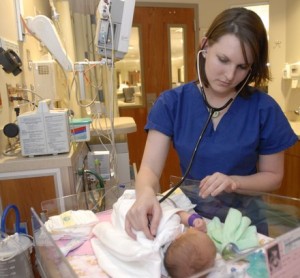 On April 28, 2015, the Los Angeles Superior Court jury returned a verdict for a plaintiff-nurse in the amount of $299,000 in a retaliation and wrongful termination case against her employers – a hospice and a home health agency. The plaintiff, Vanessa Manuel, worked part time as a registered nurse for both companies for three months. On May 2, 2013, she was offered a full time position and working shifts at both companies. On the same day she reported to the Director of Nursing that the social worker at the hospice was unlicensed in violation of state law. Just was fired from both companies just 5 days later. Shortly after the plaintiff was fired, she reported the violating to the Department of Public Health, who investigated the complaint and issued a deficiency to the hospice.

During trial, a few important documents that the employer presented turned out to be false and fabricated, which obviously discredited the defendants testimony and made the jury doubt just about anything the employer was presenting at trial. Plaintiff’s damages were enhanced by the fact that she had a seizure disorder that prevented her from taking many kinds of nursing jobs and therefore made her job search harder than for other nurses.

This case is an example how the timing of events, i.e. a protected activity of reporting unlawful conduct and subsequent termination and fraudulent document can enhance damages and jury award in a wrongful termination case.