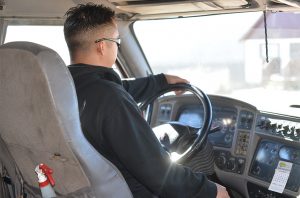 By now,  the California Dynamex decision (Dynamex Opertions West Inc. v. Superior Court) has been thoroughly discussed and analyzed in many publications and legal seminars.  However, here is the big picture that both workers and especially employers should keep in mind, as it will help them understand what’s behind this significant ruling, and avoid liability and significant expenses associated with employee misclassification.

Through the Dynamex decision, California’s highest court sought to address common abuses of workers’ rights that became pretty much an epidemic in this new “gig” economy, where employers would classify workers as contractors under the guise of outsourcing or telecommuting.  Companies would argue that since a worker is free to perform him duties from anywhere and at the time of his choosing, he should be classified as a contractor. The California Supreme Court, however, made it clear that a worker should be classified as an employee even if he has flexibility in work hours and work location, contrary to what many employers have gotten used to believing. The Court has articulate a new “ABC” test for determining whether a worker can be classified as a contractor that has been the law since. This three-factor test states that in order to be properly classified as a contractor, all of the following criteria has to be met:

(B) that the worker performs work that is outside the usual course of the hiring entity’s business; and

(C) that the worker is customarily engaged in an independently established trade, occupation, or business of the same nature as the work performed.

Adopting the “ABC” test for employee / contractor determination, the Court made it clear, through factor “B” that it would be very difficult, if not impossible, for companies who deliver their services through their workers to classify those workers as contractors. In other words, it’s hard to imagine how a plumbing or electrical services company would classify its plumbers or electricians as contractors, since both parties are in the same business. The same would apply to other industries, such as recruiters who work for recruiting companies, truck drivers / delivery drivers who work for trucking and delivery companies respectively, and so-call consultants who work for consulting companies and who, again, deliver what the company offers through their work.  This makes a lot of sense on a public policy level that seeks to protect workers’ rights. The legislatures wants to make sure that employers don’t deprive workers of the rights afforded to employees by being able to classify them as independent contractors based on  technicalities, and the Dynamex decision is in light with the spirit of this legislative intent.

Factor “A” pretty much summarizes the test that was used previously and still remains one of the key considerations in making an employee / contractor classification determination. According to this factor, various “contractors” who have to report to the office at set hours, who have a boss who directs their work, who are paid hourly, and who can be terminated at any time, like at-will employees, are most likely employees under California law.