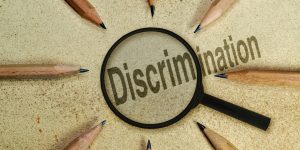 On August 8, 2017, EEOC announced filing a lawsuit against UPS Freight, alleging violations of the Americans with Disabilities Act (ADA). “Employers must treat employees with disabilities the same as those without disabilities when issuing workplace benefits,” said EEOC St. Louis District director James R. Neely Jr. According to EEOC, Thomas Diebold began working at UPS Freight in 2006. Diebold suffered a minor stroke in 2013 and disclosed it to the employers during an annual driver physical examination. He was unable to renew his Department of Transportation (DOT) medical examiner’s certificate until December 2014. During the intervening period, Diebold allegedly was discriminated against.

The company, according to EEOC, had a policy of paying drivers who are reassigned to non-driving work due to a disability 10 percent less than drivers who are reassigned for non-medical reasons. Apparently, this was allowed under the union bargaining agreement. However, EEOC argues that this is not a valid justification for this pay difference. “Employers cannot seek refuge from the reach of the ADA by relying on a union agreement when the agreement itself requires discrimination based on disability,” said Andrea G. Baran, the EEOC’s regional attorney in St. Louis.

The agency seeks monetary compensation for Diebold, as well as injunctive relief requiring the company to change its policies and make sure that it does not treat its employees differently in terms of compensation because of their disabilities. This is a good example of how various policies and agreements cannot supersede the law.