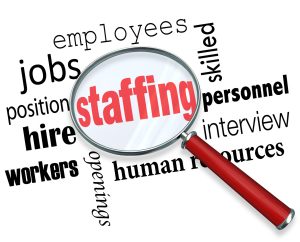 Many employers use temporary staffing agencies and recruiting agencies for hiring workers, in part, in order to insulate themselves from liability for potential discrimination, retaliation, and wrongful termination claims. They believe and are often advised that if their workers are hired through and are paid by an outside agency, then they will be off the hook for any such claims. However, this is not necessarily the case, as California law often finds “dual employment” relationship in these types of situations.

California FEHA (Fair Employment and Housing Act) that governs state discrimination and retaliation claims does not define “employee,” but the administrative agency charged with interpreting FEHA—the Fair Employment and Housing Council (FEHC)—does define the term in Gov. Code section 12935. The FEHC defines “employee” as  “any individual under the
direction and control of an employer under any appointment or contract of hire or apprenticeship, express or implied, oral or written.” FEHA thus requires an employment relationship, but that relationship need not be direct. Instead, the employment relationship must show the employer’s exercise of direction and control over the employee. Direction and control may be shown by, among other factors, whether the employee must obey instructions from the employer and whether “there was a right to terminate the service at any time.”
The FEHC’s regulations further provide that a worker compensated by a temporary service agency for work to be performed for an employer contracting with the temporary service agency may be considered an employee of that employer for such
terms, conditions and privileges of employment under the control of that employer. Such an individual is an employee of the temporary service agency with regard to such terms, conditions and privileges of employment under the control of the temporary service
agency.” The general principle—that an individual may be held to have more than one employer in the temporary-staffing context—has “long been recognized . . . for the purposes of applying state and federal anti- discrimination laws.” (Mathieu v. Norrell Corp. (2004)).

Here are other factors that would favor a finding of dual employment relationship based on prior California court holdings:

Like in many other situations, there is no bright line rule as to what amount of control by the contracting employer is sufficient to make a finding of dual employment relationship, and each situation has to be evaluated on case-by-case basis.

It’s important to note that the same dual employment analysis likely applies not only to FEHA claims but also to other claims, including workplace injury claims. This is because the principles supporting the primacy of the direction and control factor under FEHA are
firmly rooted in the common law. (Tameny v. Atlantic Richfield Co. (1980); Casella v. SouthWest Dealer
Services, Inc. (2007)).

A plaintiff’s ability to establish a dual employment relationship and pursuing his case against the company where he actually worked rather than the staffing agency is often a threshold question as to whether that case is worth pursuing at all. Therefore, as a potential claimant in the case, you should make sure that you carefully go over the relevant factors before filing a case to determine whether you will be able to establish dual employment relationship, as contract employers will almost always fight it by trying to dismiss the case on the ground that they were not your employer.