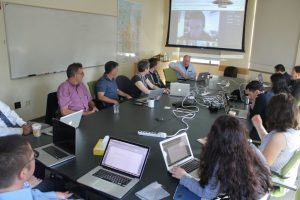 mployers should know that in many cases implementing and promoting “anti racist” training in the office that demonizes any race, including white race, is every bit as discriminatory and unlawful as any other type of illegal discrimination under California law. Employers should be careful not to push the “white privilege” idea on their workers because this can backfire in a significant way, and not only lead to litigation, but also cause an embarrassment to the company as a whole.

There is nothing potentially wrong about making seminars or information in written form available to emploeyees who wish to enrich their understanding of race related issues at workplace, as long as this informaiton doesn’t single out and doesn’t target any specific race more than others. Even thought mandatory DEI (diversity, equity and inclusion) training sessions haven’t been subjected to significant legal challenges so far, these types of events can be used as evidence of racial discrimination and racial harassment at workplace, if the content of those events demonize one race more than others. This includes being forced to acknowledge one’s race based privilege.

Employees who feel uncomfortable participating in these types of events should consider seeking help from their human resources department, upper management or an attorney.