False accusation of an employee being violent toward another employee are just as common or are even more common than the actual violence at workplace. This include physical violence as well as verbal threats of violence, including implied verbal threats such as “Next time, I don’t know what I am going to do to you…,” and similar statements.

Accusations of violence at workplace are typically grounds for immediate suspension or termination of employment. It is a hurtful and frustrating experience to be accused of something that you haven’t done. It is not uncommon for an employee who has been falsely accused of violence by his co-worker to “lose it” at a deposition or during the testimony at the arbitration, engaging in a heated argument with the opposing side or their attorney, and thus actually demonstrating to the other side and the judge/arbitrator that the employee has a short temper and might have potential for violence at workplace.

However, if you are determined to prove that the accusations against you are meritless prevail in a legal claim against your employer, related to false violence accusations, it is crucial that you prove through your subsequent actions that you are anything but violent. Maintaining calm, rational, reasonable composure throughout your subsequent communications and/or legal proceedings after suspension and termination is a very important part in compelling the employer to doubt the allegations made against you, and revisit the decision to fire you under the risk of being sued for wrongful termination based on defamation. Do not allow lies and fabrications with regard to your violent behavior to emotionally destabilize you and make you come across as a potentially violent person, and this will be of significant help to any legal claims you might be pursuing in court or through a union arbitration.

California Civil Code sections 45 and 46 define libel and slander (written and oral statements which may constitute defamation). It has been consistently held in California over 60 years ago that libel includes, with certain limitations, almost any language, which, upon its face, has a natural tendency to injure a person’s reputation either generally or with respect to his occupation. Washer v. Bank of America (1943).

The courts have held that while there is a strong public interest in allowing employers to freely and subjectively evaluate the performance of their employees according to their own unique standards and guidelines, even a performance review can be defamatory if it accuses an employee of criminal conduct, lack of integrity, dishonesty, incompetence, or reprehensible personal characteristics or behavior.

The critical part of any defamation claim is demonstrating that the defamatory language used by the employer was an assertion of fact or not an opinion. Thus, when the employer describes an employee in the performance review as “poor communicator” or “lacking in focus” – these are highly subjective statements of opinion that cannot constitute defamation. An assessment of skills, habits and personal qualities is necessarily an expression of an opinion by the evaluating body.

END_OF_DOCUMENT_TOKEN_TO_BE_REPLACED

False statements and accusations (defamation) by one employee or a supervisor against another employee are not uncommon at California workplace and often lead to the unfounded and unsubstantiated discipline, suspension, demotion and even termination of employment of the victim of defamation. The tort of defamation involves a publication of facts that is false, defamatory, unprivileged, and has a natural tendency to injure an employee’s reputation or cause special damages. Taus v. Loftus (2007) 40 C4th 683, 720. The “publication” element in this definition doesn’t mean that the defamatory statement must actually be published in writing in some kind of newspaper or brochure. For the purposes of alleging a defamation action, publication occurs when a statement is communicated to any person other than a party defamed. Kelly v. General. Telephone Co. 136 Cal.App.3d 278 (1982). 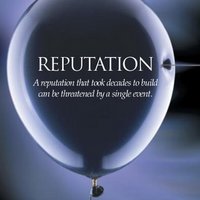 Defamation per se is a special kind of defamation which does not require the claimant to prove special damages / economic harm as a result of the statements made as otherwise required when bringing an action for defamation. Statements are defamatory per se if they tend to directly injure plaintiff in respect to his office, profession, trade or business, by imputing to him general disqualification in those respects which the office or other occupation specifically requires or charge the plaintiff with a crime.

Thus, stating that an employee made a $100,000 mistake in estimating a bid is defamatory per se because it would tend to injure plaintiff by imputing incompetence in his or her trade. Gould v. Maryland Sound Industries, Inc. (1995) 31 CA4th 1137, 1153-4. Likewise, accusing an employee of conduct that constitutes a crime, such as embezzlement or forgery, is slander per se. Kelly v. General Tel. Co. at 284.

An employee who is falsely accused of sexual harassment is not without remedy however. That employee is also entitled to a prompt, thorough investigation of the facts and evidence of any alleged harassment. If the employer fails to conduct thorough investigation and instead summarily terminates a worker, he / she may have a defamation claim against the employer. Generally, false complaints of harassment and discrimination are conditionally privileged and do not constitute defamation, unless those accusation are made with malice. To show malice on the part of the accuser, the accused may be able to show whether the accuser had a history personal issues/hostility toward the accused, a pattern of unfounded complaints against co-workers, or any other ulterior, personal motive against the accused. If malice is shown, the liability for defamation of character may be attached to both the employer and employee personally.

If you believe that you have been a victim of defamation at workplace, contact Arkady Itkin – San Francisco employment lawyer to discuss your claims.

Negative job performance evaluations are usually held to be statement of opinion rather than fact, and hence not properly the subject of a defamation action, unless an employer’s performance evaluation falsely accuses an employee of criminal conduct, lack of integrity, dishonesty, incompetence or reprehensible personal characteristics of behavior. Thus, in one case the court held that no defamation action lies even when the employer’s opinions about the employee’s performance are objectively wrong and cannot be supported by reference to concrete, provable facts. (Jensen v. Hewlett Packard, Co.) Even calling a teacher at a particular school a “babbler” and the “worst teacher” was found to be a subjective judgment and again – not grounds for defamation. (Moyer v. Amador Valley J. Union High School Dist.)