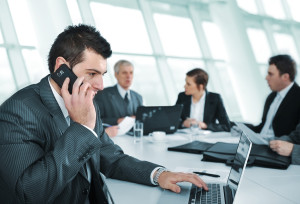 Section 16600 of the California Business and Professions Code provides that “every contract by which anyone is restrained from engaging in a lawful profession, trade, or business of any kind of to that extent void”. The law is not limited to employment contracts and does not mention competition. Rather, this section voids “every contract”.

There are a few narrow exceptions to the above rule. Section 16601 permits a business owner selling hits interest in the company, under certain circumstances, to “agree with the buyer to refrain from carrying on a similar business within a specific geographic area.” Thus, if an owner of a neighborhood hair salon sells his business, the buyer will likely be able to have a valid agreement with the seller, prohibiting the seller from opening a new salon for a period of time within a certain area in that neighborhood. Likewise, section 16602 allows for an agreement among partners, upon disassociation or dissolution of a business partnership, “not to carry on a similar business within a specific geographic area”.

The California Supreme Court has explained long ago what constitutes a void contract under section 16600. In Chamberlain v Augustine (1916), the Court invalided a provision in a contract that required one of the parties to pay liquidated damages to the other party if he takes up employment within a certain geographic area. The court rejected the argument that the contract was valid because it didn’t “restrict” employment but rather imposed a sort of penalty. The Court concluded that imposing monetary liability is tantamount to restraint from engaging in lawful business and therefore makes the contract void. In Edwards v Arthur Anderson LLP (2008), the Cal. Supreme Court explained yet again that section 16600 evidences a settled legislative policy in favor of open competition and employee’s mobility.  Most recent California decisions, including the recent 9th Circuit holding in Golden v Cal. Emergency Physicians (2015), make it clear that most non-compete agreements that not only prohibit employment but in any way limit it or discourage it with monetary penalties will be likely held unenforceable.