You are a manager or a director at a manufacturing plant or a sophisticated technology company in San Francisco, Sillicon Valley, or elsewhere in California. You take great pride in your work, and you are rewarded with generous compensation and real prospects for promotion. One of your duties is supervising the company’s employees and making sure that they deliver what your clients expect.

One common challenge you might be facing is addressing issues in your subordinates’ performance. Sooner or later, you will likely find yourself in a predicament with regard to how to address problems in your employees’ performance effectively. You want everyone to be happy – you want the issues to be resolved, your clients to be happy, and your employees to improve their skills and abilities while maintaining great degree of respect for you as a boss. 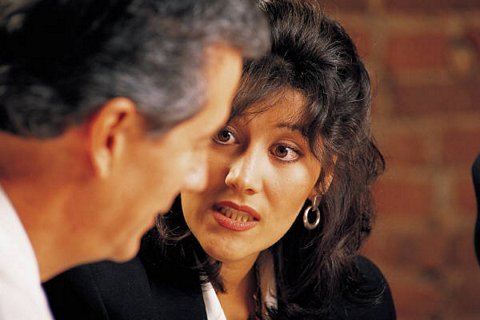 Many managers, out of sheer kindness of their heart, choose to be too generous, too kind, and too polite with those employees whose performance doesn’t meet expectations. A supervisor might like an employee on a personal level or might not want to be perceived as a mean boss, who puts a great deal of stress on his subordinates, and will be reluctant to be as direct as necessary to address performance deficiencies.

However, this is the wrong time to be kind and generous for a number of reasons. First, “beating around the bush” and being overly diplomatic with an employee whose performance demands immediate improvement is unlikely to convey to the employee how serious his performance deficiencies are, and how urgently that worker must address them to maintain his employment. This means that the same worker will be less likely to actually work on improving his performance.

But more importantly from a legal standpoint – a supervisor who doesn’t formally address his employee’s performance issues and who is not being direct enough in communicating to the employee that the company is not satisfied with that worker’s performance is depriving the company employer of a major potential defense to a lawsuit, if the bitter, underperforming worker decides to file a wrongful termination claim later, upon dismissal.

With over 400 employment related lawsuits filed in California every day (!), small and large employers are routinely sued for discrimination and retaliation. One of the most effective defenses to discrimination and retaliation allegations that an employer can produce is presenting evidence that the aggrieved employee was terminated for legitimate, non-discriminatory reasons, such as poor or below-standard performance.

If the manager never advises the employee of his performance issues prior to termination of his employment, or if the supervisor is not being direct enough at communicating the same, it will be much harder to convince the court that it’s the employee’s performance that resulted in his termination and not other, unlawful reasons such as discrimination, retaliation, etc… This, in turn will translate into much greater legal defense expenses, and higher settlement/verdict against the employer.

Thus, as a manager and a supervisor, you are urged to not only communicate to the underperforming employees their performance issues, but you must also document such communication in writing in a form of warnings, negative performance reviews, reprimands and any other formal actions that will leave an undisputed evidence of potentially legitimate reasons for that employee’s dismissal. This kind of policy will not only serve your company but will be a blessing in disguise to an employee, alerting him to the seriousness of his situation and making him take the same more seriously, encouraging him to aggressively improve his performance in order to securing his position at workplace.