Many California employees, and especially workers of the State and local government agencies experience a very stressful work environment as a result of bad relationships with their co-workers and supervisors, that can range from the typical gossip and office politics to threats by one employee do have the other fired, or even threats of violence. Often, these kinds of conflicts result in great deal of stress, leading one or more employee to take stress leave, be placed on temporary disability due to stress or even be taken to an emergency room for immediate medical attention.

However, most of the above very common and serious issues at workplace, although wrong and unfair, are not illegal. The courts are understandably reluctant to intervene every time one worker calls the other a “bitch” or slams the door or throws documents in one’s face. There is a general consensus in the judicial community that it’s not the court’s job to resolve every dispute at workplace that is based on personal animosity or alike emotions, unless such disputes escalate to something more – other imminent threats of violence of discriminatory conduct (where an employee is clearly mistreated as a result of being a member of protected class, such as race, age, religion, ethnic origin, disability, etc.)

To recover for intentional infliction of emotional distress, the employer’s action must be shown to be “so extreme and outrageous as to go beyond all bounds of decency, and to be regarded as atrocious, and utterly intolerable in a civilized community” as California Supreme Court noted in Alcorn v. Anbro Eng. Inc. By definition, to be actionable the employer’s conduct must be more than just mere rudeness, insults or otherwise creating a stressful environment at workplace that’s typical to many other places of work. 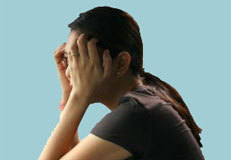 The liability also generally doesn’t extend to mere insults, indignities, annoyance, petty oppressions or other workplace trivialities. By nature, a workplace is an environment permeated with tension and insecurity about one’s status. There is no way for the law to intervene in every case where a worker’s feelings are hurt. But the law is of great help and protection, when the conduct that causes emotional distress goes too far.

Many conflicts have to be resolved within the workplace by addressing them with immediate supervisor, or – if ineffective – with executive management. An employee might feel that no one cares about his problems, but more often than not – there will be at least one executive at a company who will want to do the right thing and help resolve a conflict between workers. As an example, one typical step that a manager of a larger company can take, is transferring an employee to another department to distance him/her from another worker/s who he cannot get along with.