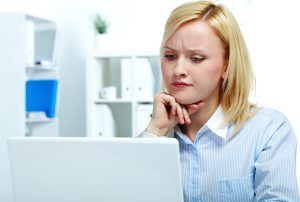 Having been working with hundreds of employees on dealing with their workplace issues in San Francisco and Sacramento area over the past ten years, I see the same five common misconceptions about California employment law that many employees have, and their repeat themselves over and over:

1. I can sue my employer because I am being treated really badly.

The are many ways in which an employer can treat an employee badly – from unfair performance reviews, false rights ups, to micromanaging, yelling and using degrading language. However, the vast majority of those types of behavior are not illegal. Being treated badly, whether you think it’s bullying or harassment, is not against the law, unless there is specific evidence that the actual reason for that bad treatment is discriminatory, i.e. your rage, age, sexual orientation, disability, familial status, etc… or retaliatory (due to complaining about unlawful actions of a specific kind). Otherwise, no legal claims can be made based on unfair or harsh treatment by the employer.

Moreover, even if there is evidence of discrimination or retaliation, this doesn’t mean that a lawsuit is the way to address it, especially if you are still employed with the company and cannot show a significant wage loss, like an unlawfully fired employee could.

2. I can sue my employer because they have history of lawsuits and of treating other employees badly.

How other employees are treated and how many lawsuits are filed against a specific employer has very little, if any relevance to your situation and to your ability to prove your claims against your employer. Therefore, what happens to other employees should not be a major consideration, unless you have other elements of discrimination or retaliation in place that pertain to your own situation.

3. I need to write a long complaint, detailing every instance of unfair treatment in order to get my employer’s attention.

Writing a 10-page complaint or longer is counterproductive to achieving any progress with your workplace issues. Long complaints typically include many legally irrelevant details and they tend to be put on the “back burner” by a busy employer / hr professional. Ideally, you want your complaint to be read right away, and that is best achieved when your complaint is short and to the point. There is no reason why any discrimination or harassment complaint should be longer than one page. All it needs to say, in so many words, that x happened and you are asking for help to make it stop and/or prevent it from happening again.

4. An employer has a legal obligation to investigate my complaint right away and fire the harasser.

An employer’s legal obligation is to “promptly investigate” complaints and take remedial action against the harasser. This language is inherently vague. Having said that, it is most often interpret as taking reasonable steps to prevent and remedy harassment within a reasonable amount of time. The law certainly doesn’t mandate that the employer drop everything and attend to your complaints right away, the very moment you make complaints. They only have to act “reasonably quickly”.  This also doesn’t mean that the employer is obligated to act within 24 hours or to fire the accused right away. Other steps can be appropriate, including investigation, counseling, warning, reprimand, administrative leave and alike.

5. I have a good case because I have received a right to sue letter from DFEH or EEOC.

Receiving a right to-to-sue letter from one of the agencies charged with handling discrimination complaints says absolutely nothing about the strength of your potential case, whether you have a case and whether it’s worth pursuing. Right to sue letters are issued to everyone and they basically say that the agency is not going to do anything on your behalf, but you are welcome to pursue your case through a private attorney if you wish. This means that receiving a right to sue letter should not be interpreted as an approval that you have a case or don’t have a case. The main significant of a right to sue letter is the one-year (and in some cases 90-day) deadline that it creates to file a case in court based on the allegations that were included in the charge of discrimination originally filed with DFEH or EEOC.