In the latest case, the EEOC said that from 2009 until at least 2011, AutoZone assessed employees’ nationwide points for absences, without permitting any general exception for disability-related absences, with 12 points resulting in termination. As a result, the EEOC said in a statement, qualified employees with disabilities with “even modest” numbers of disability-related absences were fired in violation of the Americans with Disabilities Act. These included one Illinois employee with diabetes who had to leave work early occasionally because of insulin reactions, and who was fired because of his attendance points.

EEOC’s lawsuit also alleges that another employee was discharged in retaliation for complaining about the policy and filing a charge with the EEOC.

END_OF_DOCUMENT_TOKEN_TO_BE_REPLACED

Although this sounds counter-intuitive, equal treatment of all employees can be discriminatory and in violation of disability and other laws. The seminal case on this issues is US Airways, Inc. v Barnett (2002), decided by the US Supreme Court. In that case, the high court considered whether leave and other policies equally applied to all employees, regardless of their disabilities and limitations can still be discriminatory. The answer is yes. The Court said that an employer who treats all employees equally might still be in violation of the law, since preferences sometimes prove necessary to achieve the basic equal opportunity goal envisioned by law. The law requires preferences in the form of reasonable accommodations that are needed for those with disabilities to obtain the same workplace opportunities that those without disabilities automatically enjoy.

Recently, one of our cases was dismissed after nearly two years of litigation in Sacramento Superior Court, because one key piece of evidence was missing. In that case, a State employee was deemed AWOL after not returning to work by the date, noted by her doctor. She requested an additional leave from her supervisor after having been on medical leave for nearly a year already at that time.

The supervisor refused to provide the same despite knowing about the claimant’s long history of injury, pain and treatment. That manager was firm that he was going to follow the instructions of then existing medical note, ordering the the employee return to work with specific restrictions. The employee did not return to work, but instead went to see her doctor who apparently extended her medical leave.

However, the claimant was not able to produce that medical note at the time the motion to dismiss the case was heard and also wasn’t able to prove that she provided the note to any of her manager prior to being deemed AWOL and terminated.

END_OF_DOCUMENT_TOKEN_TO_BE_REPLACED

One of the common disability law issues that may arise at workplace is when an employee suffers an industrial injury, obtains FMLA leave for that injury and also goes on workers compensation leave, as instructed by his workers comp doctor. That employee may have also accrued paid time off.

Two common questions arise in this kind of situation:

1. Can the employer count FMLA and workers compensation leave concurrently?

END_OF_DOCUMENT_TOKEN_TO_BE_REPLACED

My experience suggest that one of the reason for disability discrimination and failure to comply with disability laws in public / government agencies is the ignorance of disability laws and not understanding the obligations of the employer toward disabled workers among the managers and human resources personnel in these agencies.

Some of the managers that make critical decision of how to reasonably accommodate and employee and what constitutes an effective, reasonable accommodations have very little or no background or training in either human resources or disability laws. Many supervisors lack basic understanding of what qualifies as disability at workplace under ADA or FEHA. Some of the managers in state, county and municipal agencies get very high up in the ranks due to good performance and length of service alone, as usually there is no requirement to get high education in the public sector employment in order to continue to be promoted. While allowing employees from all backgrounds and all walks of life to have opportunities in high management, not requiring additional education or training when it comes to human resources and basic laws that govern employee’s right and duties leads to many employment and wrongful termination lawsuits against these agencies. Most often we hear about lawsuits against Department of Corrections and Department of Health and Human Services.

One of the common challenges in proving violation of disability rights in a wrongful termination case is showing that the employer knew that the employee had a qualifying condition or suffered an injury shortly before being terminated, and thus his or her termination was discriminatory or retaliatory.

In the absence of e-mails or faxes where the employee puts the employer on notice of his condition and the need for medical leave or accommodations to the medical condition, phone records may be a persuasive evidence in proving that the employee was likely retaliated after suffering an injury and successfully negotiating a settlement.

Suppose you suffer an on the job injury while operating an industrial equipment. You call your boss and/or human resources manager to let them know that you were injured, that you need to leave to seek medical attention, and you might need time off. They agree with you and informally allow you to leave work to take care of your injury. A few days later you are terminated for insubordination, poor performance, or some other abstract reason. When you argue in a legal action in court or in front of EEOC/DFEH that you were terminated because of your injury, your supervisor says that he never heard from you and did not know you suffered an injury before deciding to terminate you or that he didn’t even speak with you after you were injured. This is where your phone records reflecting at least that you made those calls after your injury can be extremely helpful. If you can, get them right away. If it has been a while since the subject day of when these important phone calls took place, subpoena those records from your phone provider or encourage your attorney to do the same.

Asthma and sensitivity to tobacco smoke and other pollutants are conditions that have been recognized by courts as a protected disability at workplace, entitling the workers suffering from those conditions to a reasonable accommodation.

In County of Fresno v. Fair Employment & Housing Commission (1991), the employer (the county) argued that hypersensitivity to smoke is either a non-handicapping respiratory disorder, not covered by the California disability laws, or an “environmental limitation” rather than a physical limitation. The court has rejected both arguments, finding that because of the respiratory disorder, exposure to tobacco smoke produced by other employees substantially limited the Plaintiff’s ability to breathe, rendering the Plaintiff “handicapped” and covered by ADA (Americans with Disabilities Act) / FEHA (Fair Employment and Housing Act). In that case, the employer actually attempted to reasonably accommodate the plaintiff, and the following actions were taken: smokers used desktop air filtration machines, employees kept windows open, management separated Plaintiff’s desk from the desks of smokers, Plaintiff was offered an alternative position in another department, where smoking was not permitted. Because all of the above accommodations proved to be either futile or ineffective, the court still found that the employer failed to reasonably accommodate Plaintiff.

Yesterday, I met with a client – a very pleasant lady in her mid thirties who was forced to quit from the SFMOMA (San Francisco Museum of Modern Arts) due to what appeared to be egregious violations of California disability laws at workplace. The former SFMOMA employee has been suffering from fairly severe scoliosis in her back and accompanying PTSD for several years. She submitted doctors’ letters to her employer requesting the museum to provide her with reasonable accommodations, but they systematically ignored it for several years, openly accusing the employee of making her symptoms up and also telling her that unless she is crippled or has a terminal illness, she is not considered disabled and will not receive any special treatment. The accommodations requested were minimal – to allow the employee to take a few hours off per month to see her doctor in order to relief her back pain symptoms.

Out of curiosity, I asked my client to stand up and show me the curvature of her back, and I was surprised to find how noticeable the degenerative changes in her back were. I wonder if her employer ever bothered to look at her back…

This unprecedented ignorance of the disability laws at workplace that employs several hundreds of employees and that has been a distinguished establishment with national recognition for many years is unacceptable and should be changed. I am not sure if it’s a wrong termination lawsuit or some involvement from the management that will trigger the change in the human resources management in that museum, but it seems to me that it’s only a matter of time until such systematic disregard for disability laws will lead to significant liability on the part of the San Francisco’s premier museum.

Employers often argue that because a worker’s health condition is temporary and passing, the condition can’t possibly be considered a disability under California Fair Employment and Housing Act (FEHA). The assume, relying mostly on intuition, that the concept of disability necessarily entails some kind of permanent impairment.

The courts, however, disagree with this argument. In Diaz v. Federal Express Corp.(2005) the court specifically discussed the issue of temporary physical and mental conditions. In that case, Federal Express argued that because the Claimant severe anxiety attacks were only temporary and lasted just over one year, that condition couldn’t possibly fall within the protection of FEHA. The federal court rejected that argument. The court noted that the reading of the law itself suggests that a temporary condition might be a protected disability, entitling an employee to reasonable accommodations. The statute defines a disabled person as one regarded as having or having had a condition that makes achievement of a major life activity difficult, or the one that has not present disabling effect, but that may become a disability in the future. 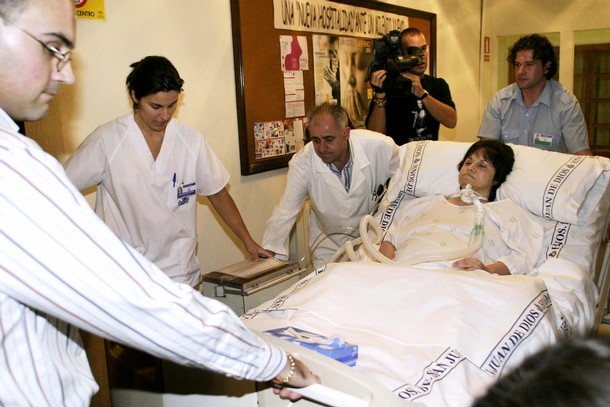 It is unclear what weight, if any, should be give to how long a condition lasts in determining its disabling effect as the relevant statute Cal. Gov. Code section 12926.1(c) is noticeable silent on that issue. Thus, one way to interpret the law is to treat the duration of the condition as only mildly relevant in simply showing whether how serious the condition is, as one might argue that part of being “serious” is having a lasting effect on a personal physical or mental health.

END_OF_DOCUMENT_TOKEN_TO_BE_REPLACED 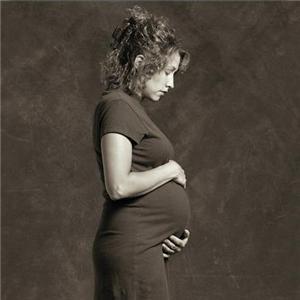 Under California Fair Employment and Housing Act (FEHA) physical disability is defined as a condition that limits a major life activity. Thus, the female worker must show that a condition arising out of her pregnancy limited one or more of her major life conditions. An employee must specific state which of her daily functions was impaired by the condition arising out of pregnancy and what exactly she was not able to do in a course of her daily life that she would have otherwise been able to do.

In one case, the court rejected the employee’s argument that her morning sickness during pregnancy constituted disability entitling her to the protection of pregnancy and disability discrimination laws. The court stated that according to Fair Employment and Housing Commission regulation 7291.2(g) a woman is “considered to be ‘disabled by pregnancy’ if she is suffering from severe ‘morning sickness’.”