Proving any kind of employment discrimination is not easy. The core of any legitimate claim of discrimination is proving that the reason for the adverse employment action taken against the worker (demotion, transfer, termination, suspension, etc.) is the fact that he/she belongs to one or more of the protected classes, such as being of a certain race, being disabled, being injured, etc…

Age discrimination is one of the more subtle violations at workplace as there are so many easy ways to mask it. An employer who is determined to get rid of the older worker will use all kinds of legitimate reasoning in terminating that employee. One of the common ways to disguise the true reason for terminating an employee is creating a paper trail of poor performance. This may start from one or more bad performance reviews over the period of time, and end up with warnings and suspensions, eventually leading to employment termination. 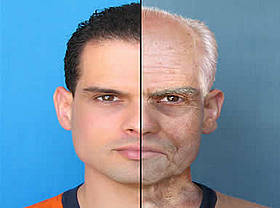 Indeed, many workers don’t even suspect that they are being discriminated as it even cross their mind. However, there is a number of signs that would suggest that the worker was terminated due to his/her older age. If you are about to be laid off or were recently terminated while being 40 or older, ask yourself the following questions:

1. Have you been given a nickname at work, such as “father time,” “pops,” “old man…” etc. while being surrounding by significantly younger workers?
2. Have you been told by your co-workers or your supervisor that you are “just not the same” after having worked for a company for a large number of years?
3. Have you witnessed a systematic, gradual elimination of older workers in your company/department throughout the time you worked there?
4. Have you receive negative performance shortly before being terminated? Do they seem to be clearly groundless?
5. Have you been replaced with a younger worker?

If you answered “yes” to two or more of the above questions, it is possible that you were a victim of age discrimination at workplace that your employer was trying to carefully disguise.